Welcome to The Façade Awards 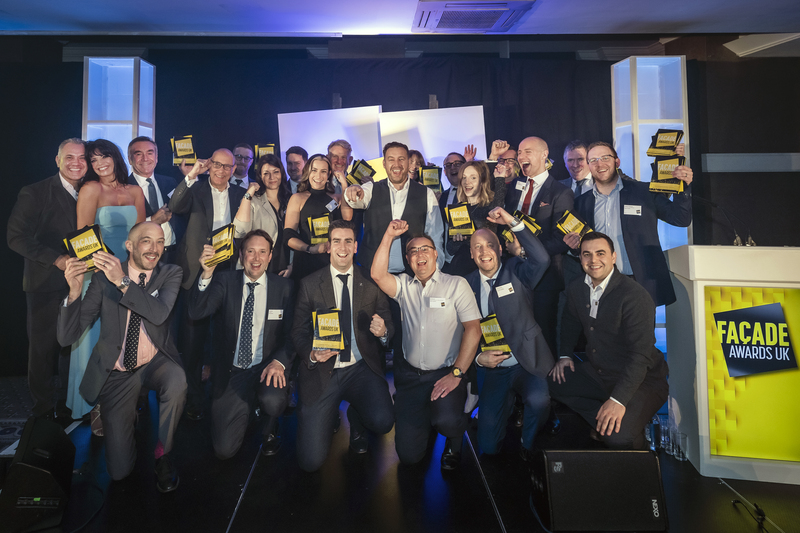 Following hundreds of entries, a shortlist of projects, and a judging day where a panel of industry experts deliberated on the finalists, the winners of the Façade Awards UK 2021 have finally been announced.

Now in its second year, the awards, founded by Roofing, Cladding & Insulation (RCI) magazine, celebrates the achievements of façade contractors, manufacturers and suppliers who demonstrate an outstanding level of technical ability, an excellent quality of work, and showcase the superstars of the industry who have gone unnoticed, until today.

Twelve champions were crowned at the well-attended ceremony on Friday 19 November at The Midland Hotel in Manchester, which was hosted by television and radio presenter, Jenny Powell.

All the finalists who were announced on the day were judged by a panel of independent industry experts, who had a tough task of pouring over the submissions to decide which entries had that extra special something and was worthy of an award.

Congratulations to all our winners.  Your hard work and dedication have shown that, despite challenging circumstances, excellence can be attained.

The quality of this year’s entries from across the UK was exceptional and included an increasingly outstanding quality of projects. Congratulations to every finalist and winner – you and your teams have demonstrated excellence to reach this stage, and while not everyone was able to win a trophy, you should all be proud of your achievements. Thank you for sharing your projects with us.

Don't hesitate to get in touch with us...